ChildhoodBorn in Berlin, raised in Tehran and a childhood between the two cities: I was lucky to get to know both cultures. I was raised in Tehran during the Iran-Iraq war of the 1980’s. My family and I then spent most of the three-month summer holiday in Berlin. Our German relatives were unfortunately split between east and west Berlin, so we visited both cities! Those days seem so far away, like from another Millennium!

Career: From IT to Home AutomationStarting in the 1990’s, I was sure to become an IT-man. Although I started as a developer and even studied Software Engineering, I soon found myself totally focused on networking, TCP/IP and the Internet. For some time, I was a part-time network admin as well as tutor for Microsoft Certification Program in “Cybertech” one of Tehran’s leading IT centers. Later, my IT background provided me a solid base for becoming an expert and entrepreneur in the field of smart home in Iran. I founded “Smart House Iran” as the first Iranian home automation company in 2004, introducing the KNX Standard to Iran.

“Smart House” YearsSmart House was the first Iranian home automation company and the first Iranian KNX Partner; I attended technical workshops in Germany and trained the staff of Smart House. My team and I introduced the KNX standard to the Iranian market. Nowadays KNX has become the dominant standard for building automation in Iran with more than 450 partners nationwide. We partnered with Germany’s “Merten” which later became part of Schneider Electric. Our company introduced several brands and technologies to Iran. In my years as CEO of Smart House, reaching ambitious targets and scoring high on customer satisfaction were our primary goals. I had constant visits to partners and clients all over Iran. We also hosted a number of events; seminars, workshops, fair trades and a tour to Frankfurt to visit “Light & Building” with a handful of Iranian architects. Our company finally became part of a well managed group of over 10 successful companies based in Tehran. It was the first time after more than a decade where I was able to distance myself from the company’s everyday business.

Markteintritt.ir After the International deal with Iran and the lifting of the sanctions, I Co-Founded a market entry service agency for German companies for the Iranian market called “Markteintritt.ir”. We were doing quite well and eager to expand but then… Trrrrrump!
Plan 2020I’m very happy to share my new plans with you soon…

Founder & Member of Board

Work Permit In Iran & The EU 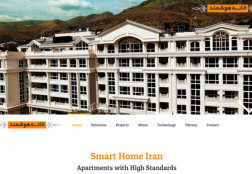 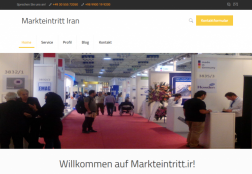